Seasoned Australian jazz artist, ABC jazz recording artist, and APRA and Australian Song Writing Competition award winner, Sharny Russell’s vocal and pianistic talents are recognised throughout the Australian music (especially jazz) community. She writes songs that go straight to the heart and mind of audience and musicians alike, and is widely known for her vocal scat ability, which she often performs in unison with her piano. She has recorded with George Golla, sung with Katie Noonan, performed with James Morrison, Emma Pask, Darren Percival, Galapagos Duck, and George Washingmachine, supported Vince Jones and Martin Taylor, and toured with Grace Knight – to name a few. She has been complimented by legends, James Moody and Ray Brown, who, during one of their tour visits to Australia, came every night to hear her play in her Sheraton residency. She was on the teaching staff at Queensland Conservatorium for many years until recently, and is now principal vocal teacher at the Jazz Music Institute, located in Brisbane. 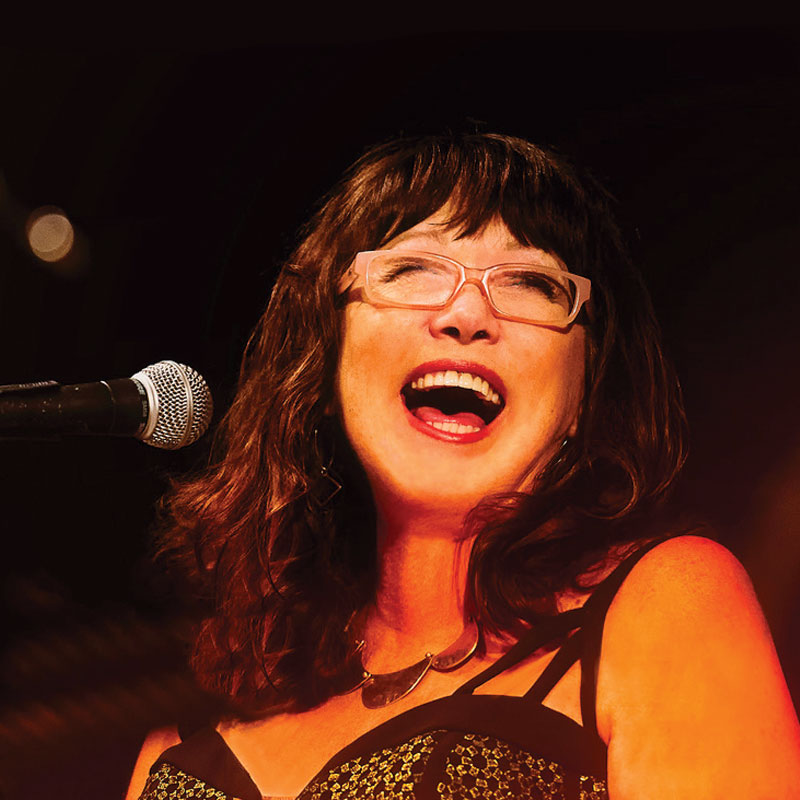 Sharny grew up learning the language of music from her mother – playing piano by ear, finding harmonies, learning to accompany, playing spontaneous duets – and taking “proper” piano lessons, performing in eisteddfods (both singing and playing) and doing exams from ages 4 to17. She enrolled in the 3 year course at Queensland Conservatorium of Music and studied piano under the famous and prodigious Nancy Weir, who had come from the piano lineage of Ada Corda (Melbourne), Paderewski and Artur Schnabel.

Sharny was selected to pioneer the brilliant Yamaha Music Courses in Adelaide and South Australia. She studied early childhood development, and techniques for building musicianship in children, rather than simply teaching them to read music and play an instrument. This has influenced Sharny’s attitude toward teaching for her entire life. Build the musician. She has taught and work-shopped at a number of universities and conservatoriums in the eastern states Australia – in composition, keyboard skills, vocal, arranging and improvisation. She keeps as up to date as possible with the latest techniques in vocal teaching, and is currently on staff at Australia’s Jazz Music Institute located in Brisbane, where visiting lecturers come from all over the world at various times.

Sharny was flown down to Adelaide University’s Jazz Course once a month to teach the vocal students for 4 intensive days. Head of school wanted Sharny as permanent fractional teacher on Uni staff but the position did not get funded. After she decided not to do the monthly trip for a second year, Michelle Nicolle was employed for fortnightly visits from Melbourne. She comes from a family of music teachers – her mother Peg Russell having been a dedicated teacher all her life, mentoring many fine young musicians, and her brother, sister and sister-in-law also teachers at university level. Two of her own daughters are also fine teachers of singing and piano. Family dinners can too easily becoming long discourses on teaching philosophies, techniques and experiences, much to the disdain of other family members!

These training resources are a result of many years of honing her teaching practice, and she has found that it is good to share them!

Writer of the very popular “The Blessing” (May the Lord bless you today”) which is sung throughout the country every week, and regular featured artist at Australia’s Easterfest, Sharny has been playing piano since she was 3 and writing songs about her faith since she was 15.

A seasoned and well known Australian jazz singer/pianist/composer, ABC jazz recording artist and APRA Award winner, she has also been a place winner in the Australian Song Writing Competition, Gospel category. She has recorded with George Golla, and shared stages with James Morrison, Vince Jones, Galapagos Duck, Grace Knight and many others.

As a gospel artist, she has been on stage with many of our favourite Australian gospel artists and worship leaders, is a regular artist at the Australian Gospel Music Festival, Easterfest. She has written, produced and recorded several gospel albums – some solo, some with a group performing her worship songs, as well her four musicals, and many songs for children.

With her testimony involving a life changing car accident and a walk of authentic faith and many miracles amid her struggles, Sharny is frequently asked to speak at retreats and other Christian events. Her warm and engaging personality, plus the anointing on her life, enable her to minister the love of God deeply and joyfully.

She has taught vocals, keyboard, worship ministry and band leadership at conferences, and enjoys doing workshops for church singers and music teams. 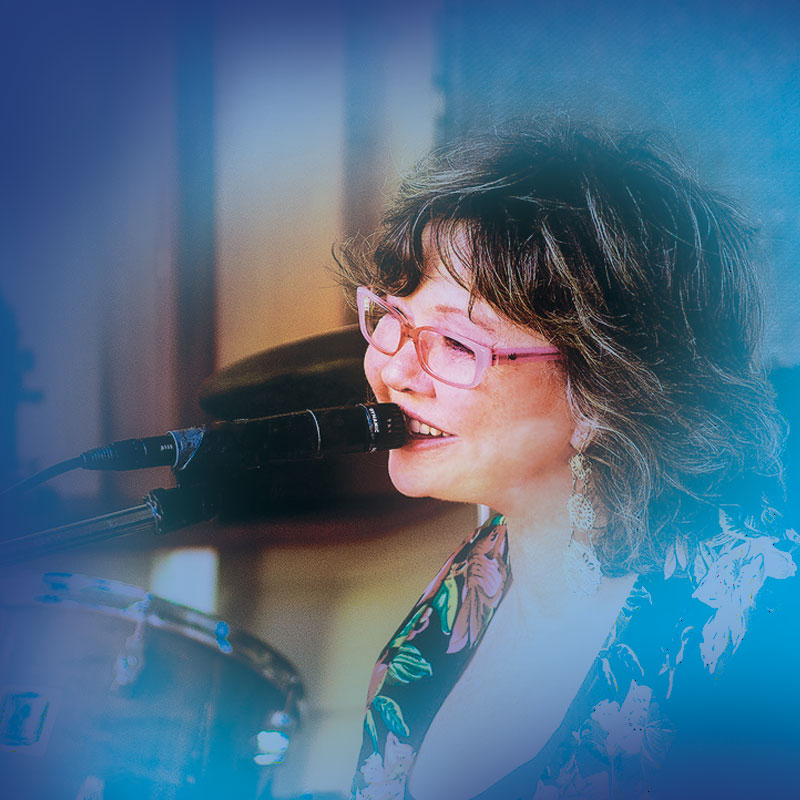 Sharny wrote the very popular “The Blessing” (May the Lord bless you today”) which is sung in Christian schools all over the country now, and has performed in Kids World at Australia’s Easterfest.

Sharny has been commissioned to write several musicals for schools and kids ministries to perform, as well as songs for Christian Summer Schools and similar events.

A well-known jazz performer, she has also sung for national children’s programs on ABC radio, and performed with the popular children’s artist, Peter Combe of Toffee Apple & Newspaper Mama fame.

She was musical director and pianist for the national television children’s show “Here’s Humphrey”, and wrote songs for another children’s TV program, “Mulligrubs.”

She was also the founding teacher of the Yamaha Music Courses in Adelaide, South Australia, becoming one of the Foundation’s most gifted teachers, and running concerts in venues such as the Adelaide Festival Centre, with many celebrity children’s performers. She studied early childhood development, and techniques for building musicianship in children, rather than simply teaching them to read music and play an instrument. This has influenced Sharny’s approach to children’s music for her entire life.

She has adjudicated at many performing arts festivals and eisteddfods and counts adjudicating children and schools as her favourite sections.

The well-known Sydney Eisteddfod senior adjudicator and vocal coach to stars, Patricia Oertel, encouraged Sharny to publish her children’s songs, “as there is not much music of this quality left, once we have used all of Miriam Hyde’s.” Two members of the internationally known group “The Ten Tenors” performed Sharny’s songs as young boys, fondly remembering many of the songs, and have often encouraged her to release the music again. 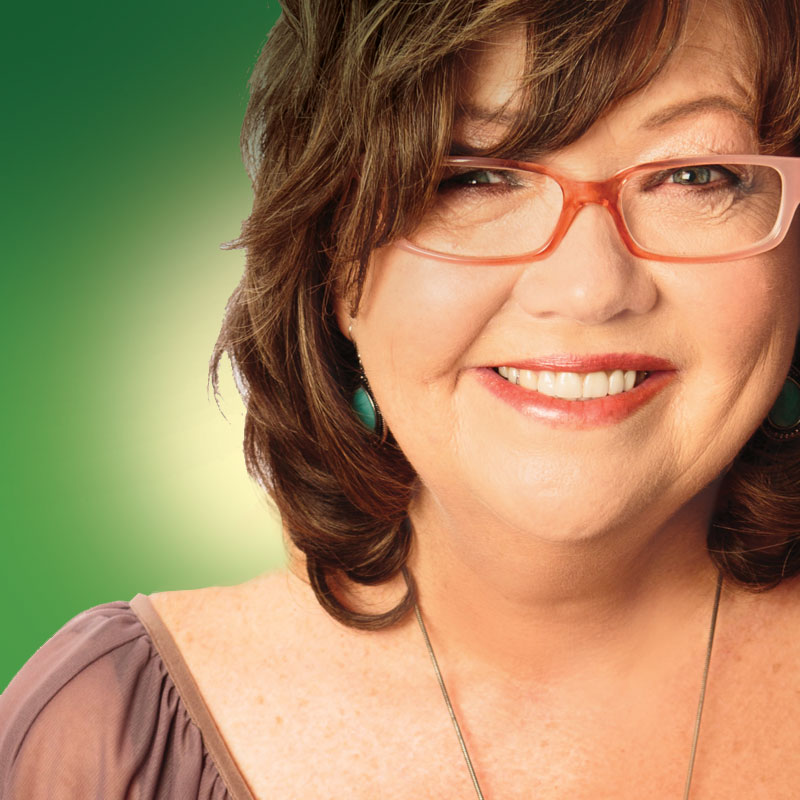 When Sharny was 14 years old, her family travelled to Brisbane to see the stage production of Fiddler on the Roof. Even though she had been to see some of the more traditional musicals performed in her home town by excellent musical societies, she was somehow struck by Fiddler, mesmerised really, and from that night vowed that one day she would write a musical. She was already writing solid songs by age 16. Early 1985, unbeknown to her at the time, she was just pregnant with her fourth child, the principal of her children’s school asked if she would write an end-of-year production. She didn’t hesitate – it was a big YES. She set to work in February and had “From God With Love” ready (including demo’s of the songs recorded) in September for a December performance – a month before her baby was born. Sharny’s own Mum, Peg Russell, helped with production and choreography, and the performance was a complete success. This first musical is dedicated to the wonderful Lutheran school principal, John Knobel, who requested and fully supported all of Sharny’s musicals.

Two years later, the same school asked for another musical, and again another in another two years. Shortly after this, the Australian Baptist Missionary Society asked Sharny to write a musical for children to perform for their churches, with a message to encourage involvement in mission work.

So by 1991 she had four musicals under her belt. She went on to record these professionally and also to write a few small workshop style musicals for children to perform at the end of Christian Summer Schools.

Only one musical – From God With Love – is available on this website as yet – VIEW HERE. The others will follow in the coming months, as we perfect the presentation and sales process. 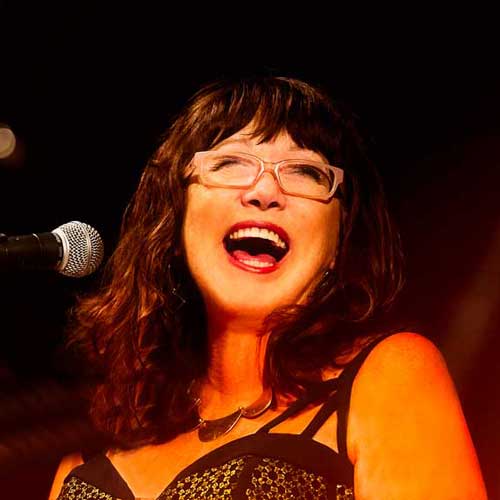 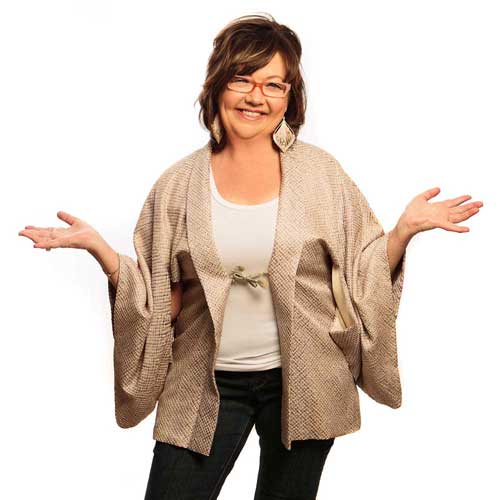 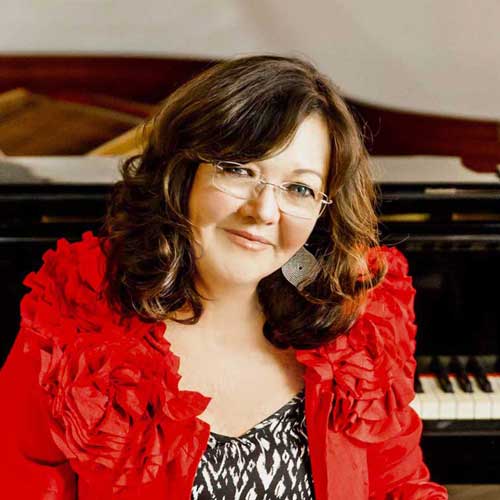 SPRING SALE
GET 30% OFF FOR SHARNY RUSSELL’S PIANO METHOD FOR JAZZ SINGERS
USE THIS CODE: piano30% Dismiss